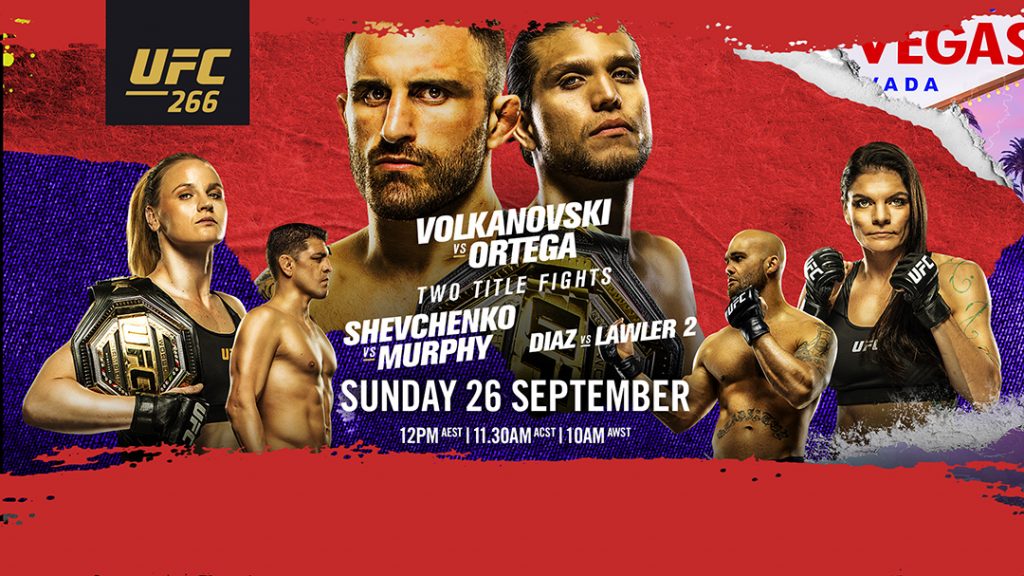 Ortega vs Volkanovski will be a matchup at featherweight with Ultimate Fighting Championship gold on the line, and is a battle of elite talents in the main event of UFC 266.

A key narrative going into this fight will be if Brian Ortega (15-1) has evolved enough as a striker to effectively combat the talents the champion has on the feet. No one will forget the toughness the American showed in his UFC 231 title fight loss to Max Holloway, however, he was still beaten brutally over four rounds with “Blessed.”

Alexander Volkanovksi (22-1) has gone toe-to-toe with Holloway for 50 minutes, mostly on the feet, and left with two victories. Some are wondering if Ortega will once again be outmatched when competing against a fighter that twice beat the man who battered him two and a half years ago.

Login to Howard Springs Tavern
Reset Password
Enter the username or e-mail you used in your profile. A password reset link will be sent to you by email.
Already have an account? Login